Usually there is a year of downtime in the universe of the series before the characters get into a new adventure of mischief. Ghost Story, by contrast, follows Changes by only moments, in a grand continuation. The readers follow the Ghost of the story as he attempts to solve his own murder, and he entreats the help of all of our usual suspects. I kept wracking my brain, wondering if the ghost is “really dead” or if there would be some time magic hijinks to just rewind the world for an “and then he woke up” effect. And I’m typing this before I’ve reached the end, specifically so I couldn’t accidentally give anything away about the resolution of the story. In addition to the excellent writing you’ve come to expect, spooky book 13 of the Dresden Files departs from the regular Harry-saves-the-day story and shows a lot of the other characters in their own right and/or coming into their own.

There were two things that happened during my reading experience. First, the audiobook that I checked out from the library was narrated by someone other than James Marsters. WHAT?!?!?!? I just could not get over it and I could not get into it! This wasn’t my narrator! You can’t just have someone narrate TWELVE WHOLE BOOKS and then switch. It’s too jarring! Too traumatic! When I searched the web, I found I was not the only one who’d complained. In fact, poor audiobook performer John Glover, whose only crime was not being James Marsters, was the new most hated man on the internet since Jaqen H’gar changed faces on Season 2 of Game of Thrones. (Poor guy.) 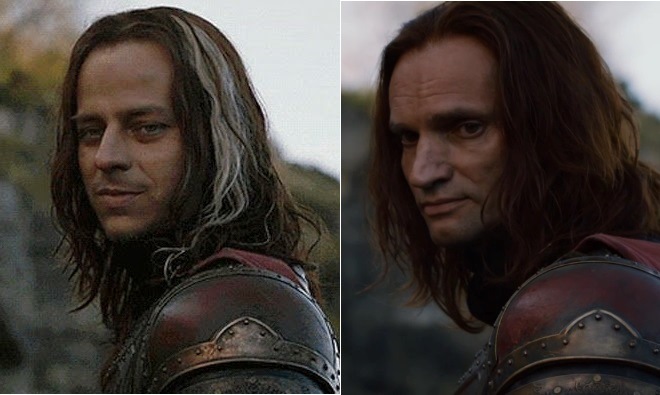 Well I only made it through a disc and a half before I decided I just couldn’t do it, I signed up for a free trial of Audible and listened to it to completion on my phone. (I’ve also been tinkering with ebooks in my iPhone’s Kindle app, so maybe there’s hope for me yet.) The other thing that occurred during my read (and this figuratively never happens) is that I cried. Not gonna lie. The first time Harry and Molly talk, I just couldn’t take it. Now I don’t know if that’s because it was audio instead paper, whether it was because I had earphones in instead of car stereo. All I know is that that scene hit me hard.

So there’s my August atm, how’s yours?
Love,
Jobe