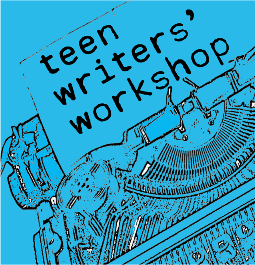 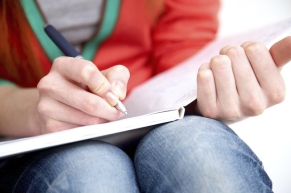 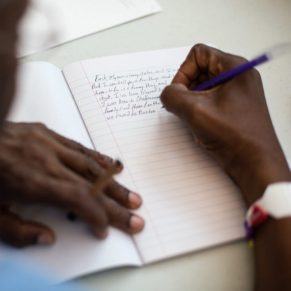 06/26/17 — Boston, MA — Larry Bates works on a piece of writing during a creative writing group for the homeless at the Barbara McInnis House on June 26, 2017, in Boston, Massachusetts. (Kayana Szymczak for STAT)

I only had one hour instead of the two hours I’m used to, but I knew I could use the time to provide some starting pointers for the attendees. I told the class about my blog and let them know that if they were looking for inspiration or encouragement, “Thursday Writers” would be a good category to browse. I explained that writing is one of those awesome things that you can get better at just by doing it, whether you have a teacher or not.

I opened the class with the usual introductions around the room. Then we started talking about stories. Whether we’re used to writing or not, we know a lot more about story structure and content than we think we do. Because we all read stories, we all watch stories unfold on the screen, and we all tell stories about things that have happened to us or people we know. So even if we’re new to writing, don’t be scared to get started. And since even adults sometimes feel too self-conscious, I didn’t ask anyone to read aloud after each prompt; we just went around the table and talked about our writing or the ideas we explored.

I told the class that a main character always has something they want, and that’s relatable, because we all have things that we want too. So we dove right into our first writing exercise: Desire. Write about something you want.

After that we talked about how a story always has conflict. That conflict can come from another person who wants something different than (or the opposite of) what the main character wants. Or it could be an event that takes place, like a tornado or a breakup or an injury. For the second writing exercise: Conflict. Write about  someone or something in the way between you and your goal.

We talked about how story structure, no matter how complicated it seems, can basically be broken down into these classic categories: 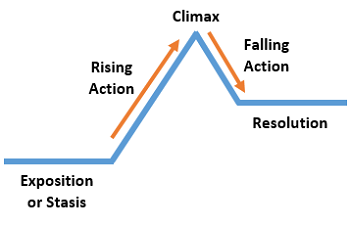 The example we used was of a college student who wanted to study abroad. Maybe she’s rushing to get the paperwork in on time, but the office is closed early, but she happens to know someone who can still get her in—whether the story is a mystery and there’s a dead body in the travel location when the student arrives; whether it’s a romance and she meets someone once she arrives; if it’s a science fiction story and she has to travel off-world. No matter the genre, all stories follow the basic structure.

I wanted to make sure to mention some fun writing prompt sites so they could be on the lookout for prompts of their own. I told them about the weird and sometimes hilarious watchout4snakes, and I told them about the 7x7x7 exercise from Write to Done. We talked about how anything in life can be used as inspiration for a story idea, and that if a person were to carry around a little notebook all day and just write down all the interesting things they encountered, from overheard conversation to quotes from other writers, they might find a lot of content from which to spark.

Next I asked the teens to come up with suggestions for things that people are afraid of. They threw up some fun ideas: clowns, spiders, water, death, children, heights, social situations, stage fright, and technology. I asked them to call out some of the “touchy subjects” we’re not supposed to talk about: politics, relationships, sexuality & gender, religion, money, and personal views. The third writing exercise was to create a scene using one or two of these concepts as the cause of tension in the scene.

We made sure to do prizes for everybody, a Jobe class hallmark, and this time it was free books, select at your leisure.

Lastly I asked the teens to call out their ages. We had a great range, from 13 to 19. I talked about how some knowledge comes from immediate experience, and people who are older or younger than we are may not understand something as well as we do or be as familiar with it, because of age. For the last writing exercise, I asked the teens to write about something they know because of their age.

For more writing resources for teens, Read Brightly suggests Teen Ink, One Teen Story, and (what used to be Figment and is now) Get Underlined. For writers of YA Lit, check out Go Teen Writers and Kim Chance, including this guest post from Lucia Brucoli. And if you still want more, pick up my all-time fave on the topic, Writing Great Books for Young Adults by Regina Brooks. 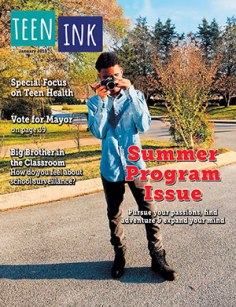 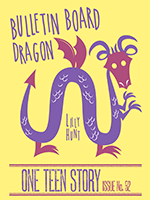